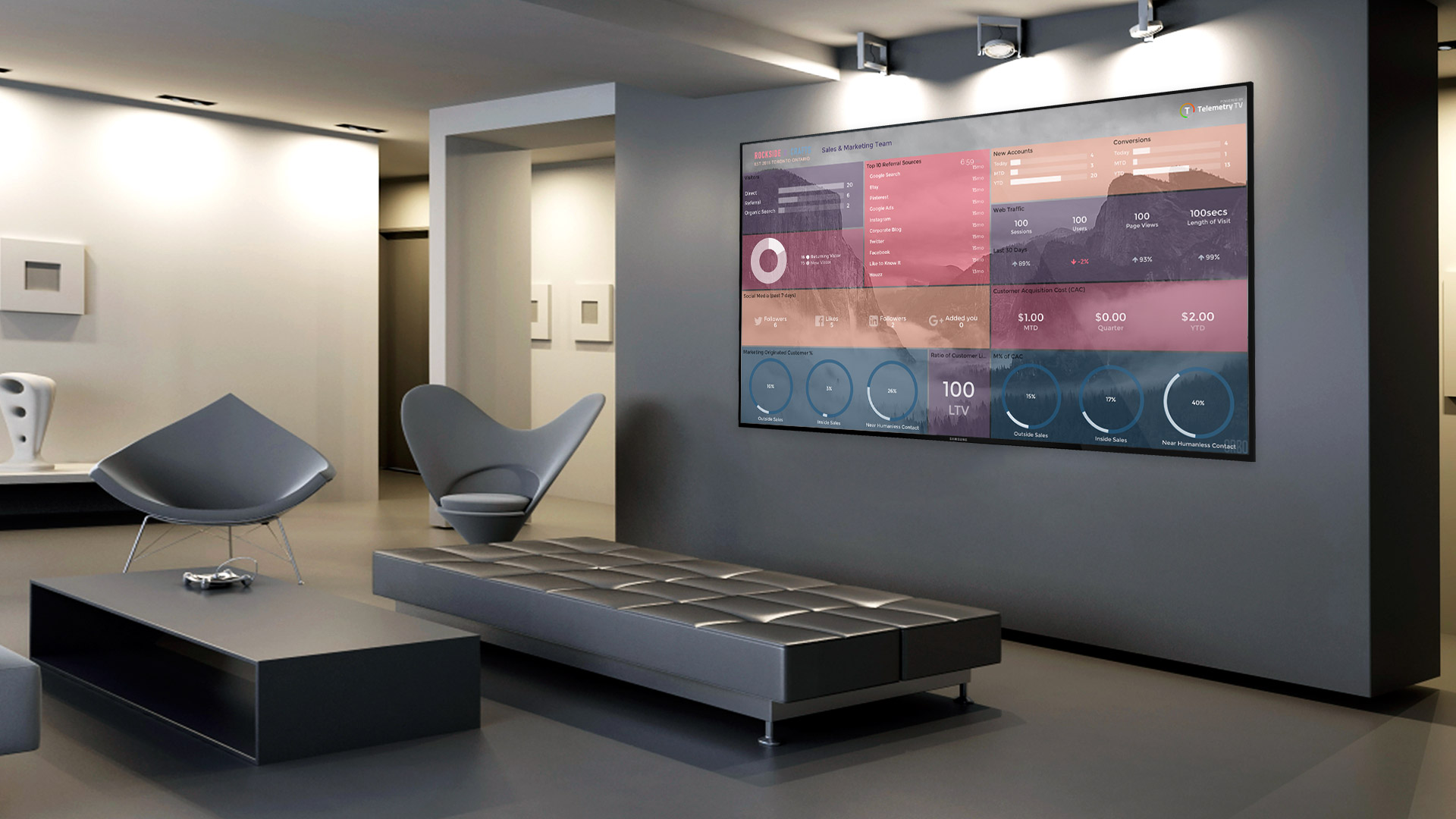 When it comes to choosing the right digital signage hardware, there’s more to it than what meets the eye (no pun intended). This is especially true when it comes to picking the right screen. Why? Well, it most certainly isn’t a one-size-fits-all solution.

Every business is different, with different goals in mind that they want to achieve with their digital signage screens. Each has different budgets and content capabilities. And each has vastly different physical spaces to account for.

All of those competing factors, though, shouldn’t overwhelm businesses looking to make the digital signage leap. In fact, instead of viewing that long list of considerations as a head-scratching conundrum, you’d be much better served to use it as the trusty roadmap to help you pick that one-and-only perfect screen.

Need to know more? Here’s our easy-to-follow strategy on how to pick the best digital signage screens for your business—and your business only.

Not so fast. It takes a bit more than just finding an open wall and throwing a TV on it. You have to think about impact.

A great rule of thumb for choosing a digital signage display and its location in your building is to be sure to place it in high-traffic areas where the highest amount of people will be able to see it clearly. This is true for almost all digital signs, from wayfinding signage and directory displays to large-scale screens pushing advertisements.

Once you’ve determined a spot where you can get the most bang for your buck out of your screen, and of course a place where it won’t look awkward or out of place, then you can move onto the fun part—size considerations. 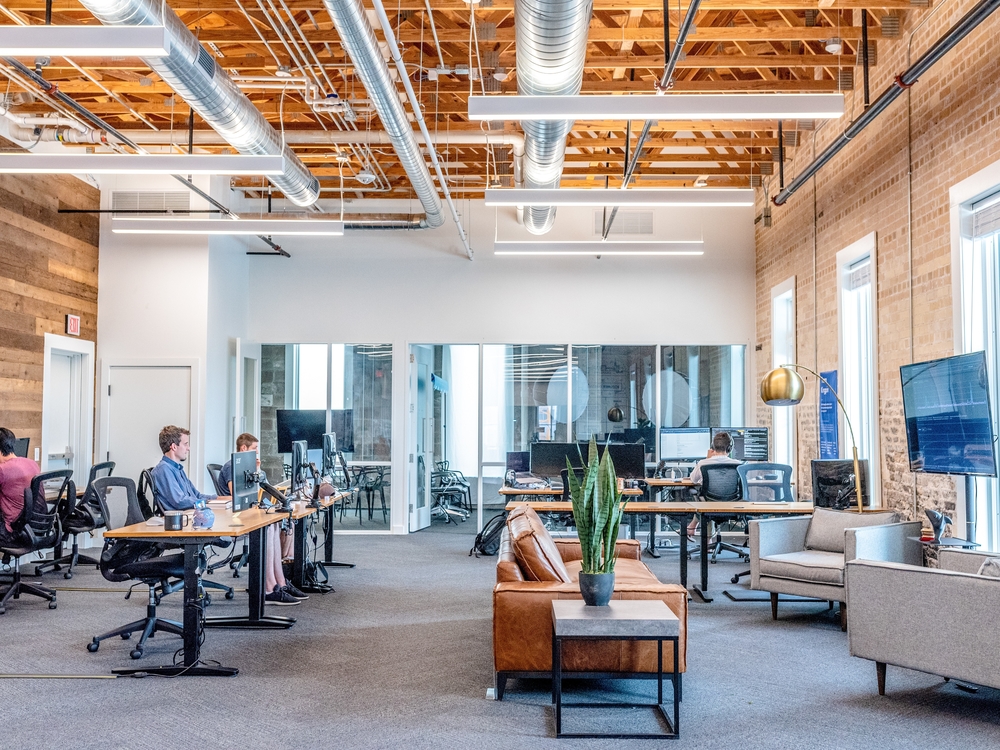 First things first, you don’t want to snag a massive TV for a not-so-massive wall or, on the other hand, a display on the smaller-side of things for a humongous wall. It’ll look out of place. Always choose a screen size that blends naturally into the surrounding environment. That way, people will take in the messaging broadcast on your digital signage screens without being put off or made acutely aware of it.

More importantly, though, you should know that bigger is not always better when it comes to TV screens. Put simply, you need to factor in the average viewing distance of your audience when they come into eyesight of your displays.

Smaller screens are better for touch screen kiosks that your consumers will interact with up-close-and-personal. Alternatively, bigger screens are perfect for large wall-mounted digital signage installations that aim to capture an entire room’s attention.

Be careful, though, because if you place digital signage screens too close to viewers, they might be able to notice the individual pixels on the image. In that case, you’ll probably want to invest in an ultra-high-definition 4K TV that can be viewed super up-close without losing any fidelity. Fortunately, the vast majority of TVs sold today are capable of 4K resolutions.

Viewing angles should also be accounted for. Typically, TVs should be viewed straight-on or the picture can become distorted. For that reason, you need to either plan for a layout that will minimize wide viewing angles in your space or install multiple displays so viewers always have a direct eye-line to at least one of your TV screens. Generally, commercial digital signage screens can be viewed at wider angles than consumer televisions. 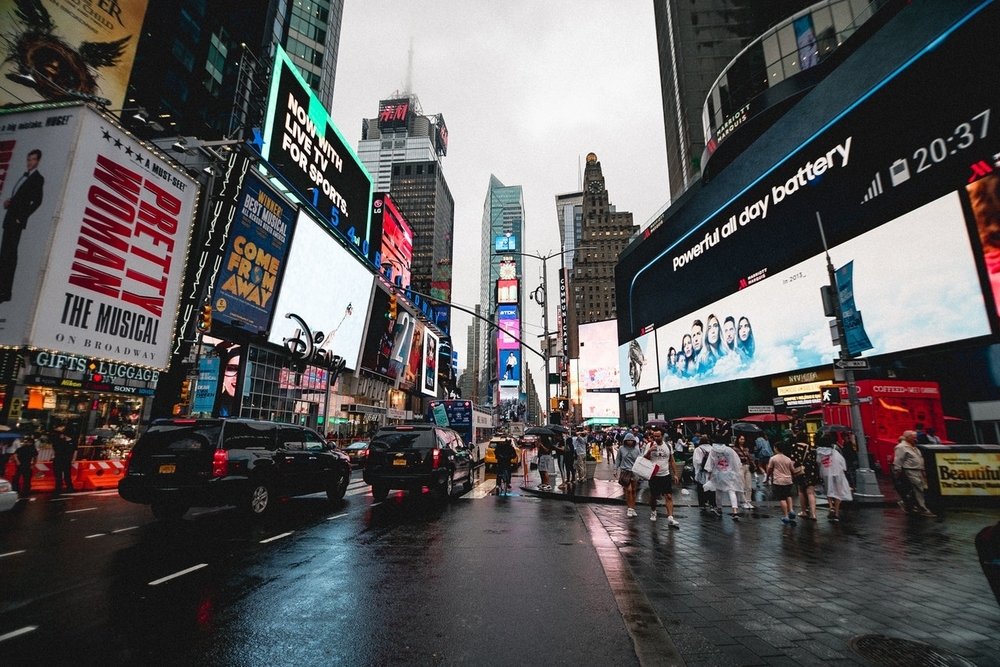 Brightness of the room

In most businesses, you’re going to be dealing with very well-lit areas—oftentimes by both by artificial and natural light. This means you’ll need a very bright screen if you want customers to be able to read and take in the content on your displays.

This is where the difference between consumer televisions and commercial digital signage displays comes heavily into play. Put simply, consumer displays are made for controlled lighting environments such as your living room where lighting is often dimmer. Commercial digital signage displays, on the other hand, are designed for brightly lit areas like office spaces, retail stores, and other commercial buildings.

In general, TVs range in cost from a few hundred dollars for a consumer display to a few thousand dollars for a large 4K commercial screen. So it’s best to know your budget and needs inside and out before jumping to a purchase.

In most cases, we recommend grabbing a commercial digital signage display over a consumer TV as it is built for business settings and uses. We already mentioned the brightness factor. On top of that, they are more durable when used over long periods of time, and they have longer warranties. They also have important features that consumer TVs just don’t come with, such as the ability to be controlled over LAN as well as the ability to schedule being turned on and off.

Sure, it may cost you more upfront to buy a commercial digital signage display, but it’ll be more cost-effective in the long run and you’ll get much better overall performance.

As for how long you can expect your screen to last, commercial digital signage displays typically have a lifespan of around 100,000 hours at reasonably intensive use. A consumer TV will last from 60,000-100,000 at an average use rate.

Choosing the perfect digital signage screens—whatever your business’ specific needs may be—doesn’t have to be rocket science. It just takes a solid game plan built around your company’s physical space, digital signage needs and goals, and budget. Once you’ve nailed those things down, picking the best TV for digital signage won’t be a problem.

If you’ve already found the perfect display, sign up for TelemetryTV’s 14-day free-trial so you can access a wide swath of easy-to-use apps and templates to power your digital signage rollout.