The Difference Between DSP and SSP

As a result of programmatic advertising, media companies can now access new revenues and gain bigger portions of ad spend. Learn more about the key benefits associated with DSP vs. SSP in order to make informed decisions and start generating more revenue.

When it comes to the ad tech ecosystem and programmatic advertising, DSPs and SSPs can be pretty confusing. The differences between DSPs and SSPs are hard to nail down in a digestible way, but that’s exactly what we’re here to do.

But first, to understand the differences we have to understand exactly what a DSP and an SSP are themselves. That way, we can see their intricacies and the areas where their functions overlap.

What is a DSP (demand-side platform)?

In the simplest possible terms, a demand-side platform (DSP) is software that automates the purchasing of ad space at scale. To explain it in a clearer way, let’s use an example:

Advertiser A is launching an ad campaign for a new product release. A DSP gives this advertiser the ability to fine-tune things like targeting and budgeting before launching the ad campaign. Next, the campaign creative is uploaded to the DSP—aka the ads themselves. Once this is done, the DSP automates the bidding and placement of the ad across multiple sites and apps that fit the initial campaign parameters laid out by the advertiser.

Basically, the DSP does the tough legwork for the advertiser, placing ads on websites and mobile apps in a totally streamlined process that takes just a few seconds. Needless to say, DSPs are a super valuable tool for marketers. The most obvious examples of DSPs are Google Ads, Facebook Ads Manager, and Amazon DSP.

What is an SSP (supply-side platform)? 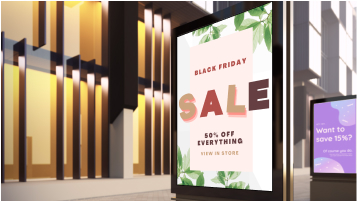 During the days of print media and the early days of the internet, publishers were tasked with finding advertisers willing to purchase their ad space by themselves. Eventually, this tedious process was replaced by ad networks that served as intermediaries between publishers and advertisers. When these ad networks became automated software platforms, SSPs and programmatic media buying were born.

Since demand-side platforms allow advertisers to automate the process of placing ads, it stands to reason that supply-side platforms provide a similar function for the other side of the equation—giving publishers the ability to automate, optimize, and manage their ad space inventory.

Essentially, SSPs make it possible for publishers to monetize their websites and mobile apps with the least amount of work possible. And just like DSPs, SSPs are a great tool for boosting revenue. Some of the top SSPs include Google Ad Manager, Amazon Publisher Services, and OpenX.

In addition to automating the entire process, programmatic advertising platforms also offer up huge inventories that cover everything from mobile apps and websites to audio, digital out-of-home (DOOH), and digital signage. And since audiences can be segmented and fine-tuned by setting up numerous parameters like age, gender, interests, location, and behaviors, ads are only ever deployed to the appropriate places and people.

In short, this means that you’re spending less time and money on advertising, while at the same time getting more bang for your buck thanks to automation and better audience targeting. At the end of the day, that means more revenue.

How companies are using digital signage and programmatic advertising

If you want to learn how programmatic advertising and digital signage can improve your business’ revenue, try the TelemetryTV app for free today.