The Benefits of Airport Digital Signage

There are nearly limitless use cases for digital signage in airports. Here’s how to use airport digital to improve the travel experience. 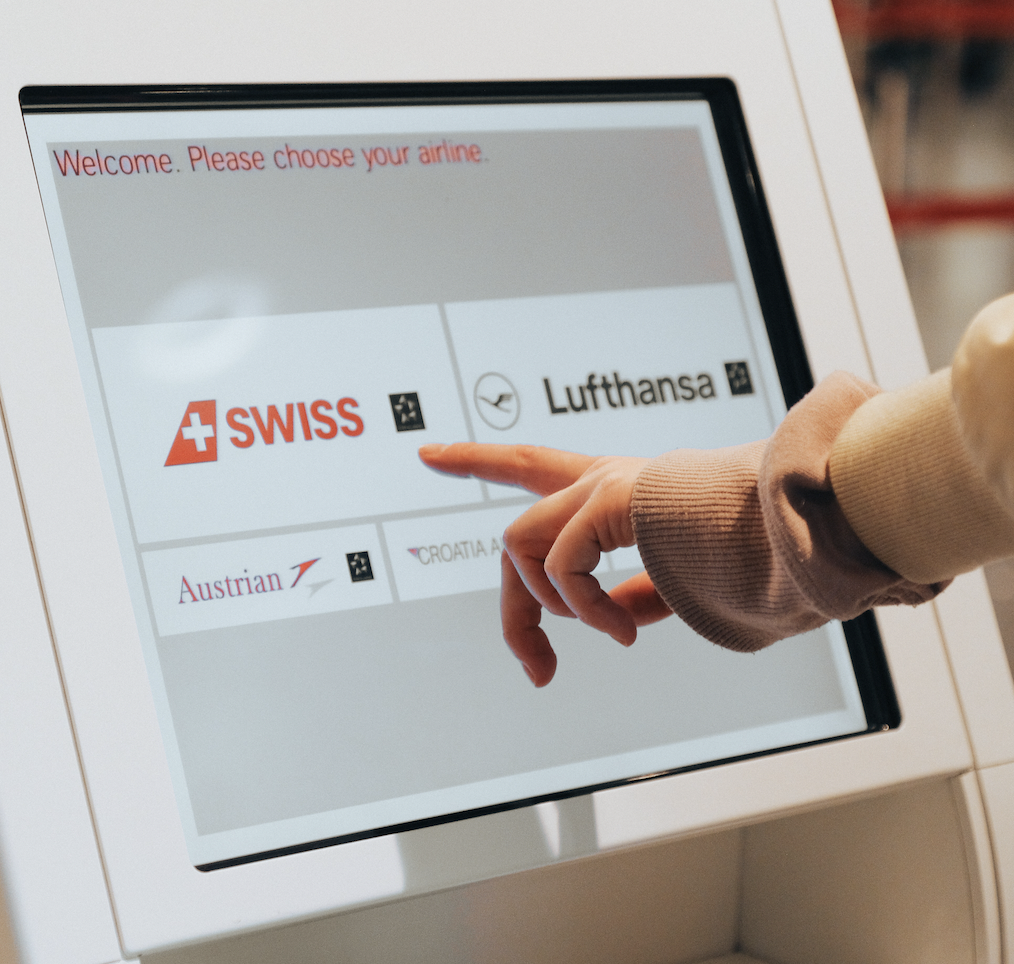 When digital signage hit the market many years ago, airports were among the first to adopt the technology. Almost overnight, airports around the world were filled with screens and other digital displays.

The reason is fairly simple: airports are large, busy, and complicated structures with thousands of moving parts. Like few other things, airport digital signage made this unwieldy and complex nature much more manageable. But more than that, it drastically improved the entire airport experience for those traveling.

Digital signage isn’t an automatic slam dunk for airports, however. It still requires a thoughtful implementation if airports want to reap the full benefits of airport digital signage.

With that said, here’s everything you need to know about airport digital signage and its many benefits and uses.

What is airport digital signage?

Airport digital signage is the use of screens and other digital displays to convey vital information to travelers—and sometimes workers. The goal of using screens in airports is to streamline the entire airport experience, which in the long run is hugely beneficial.

With airport digital signage, travelers will have more pleasant experiences while navigating an airport and operations will flow a lot more smoothly, saving costs and a whole lot of headaches.

The different displays airports use for digital signage include:

The uses and benefits of airport digital signage

Digital menu boards in airports are a win-win for everyone involved. For restaurants, digital menus enable businesses to show off their food items and daily promotions in mouthwatering high-definition as well as cut printing costs associated with traditional menus.

For patrons, on the other hand, touchscreen digital menus allow them to quickly order food on the fly, which is a massive benefit in airports where people always seem to be in a hurry. 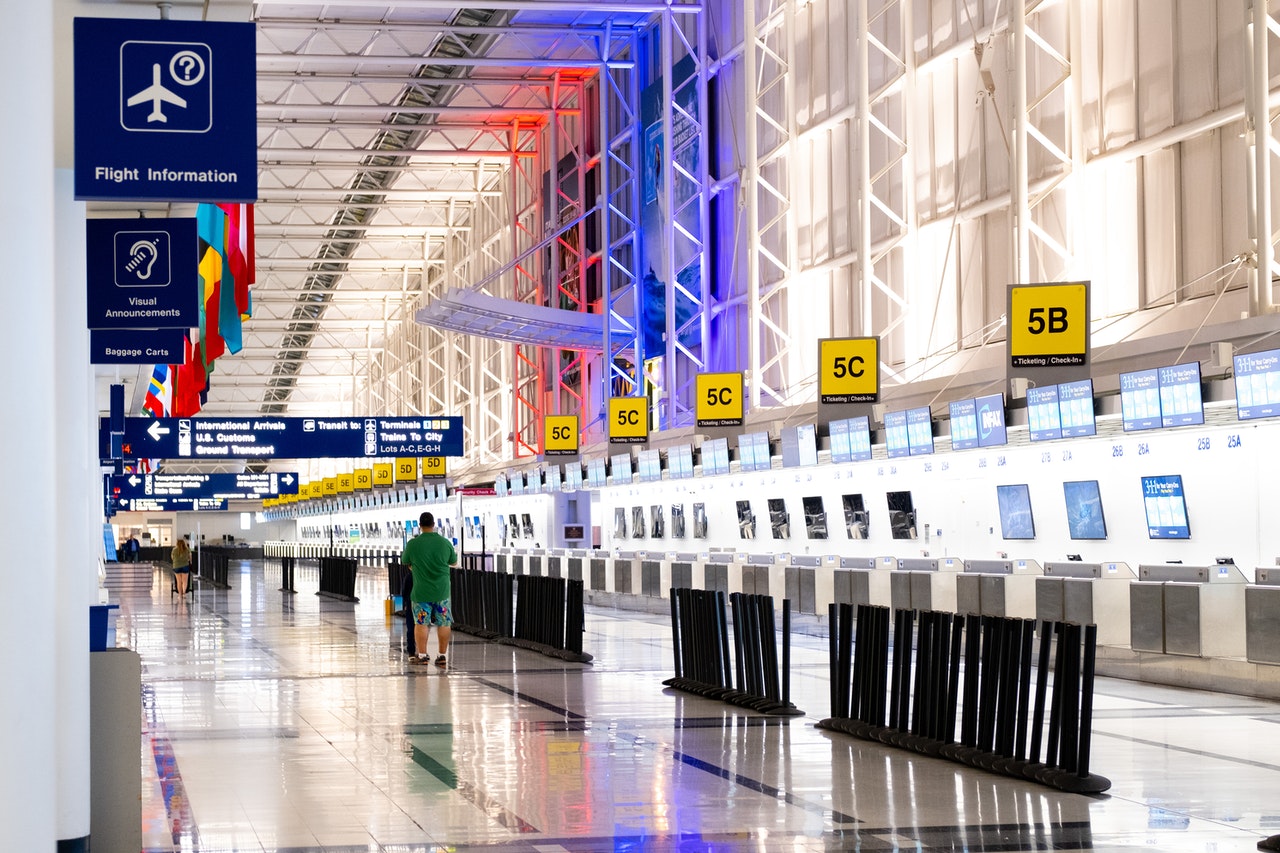 Airports are notoriously hectic places. On top of that, they are typically pretty large and hard to navigate. For this reason, it’s a wise investment for airports to install digital wayfinding systems that allow travelers to quickly and easily find exactly where they are currently and where they need to go. 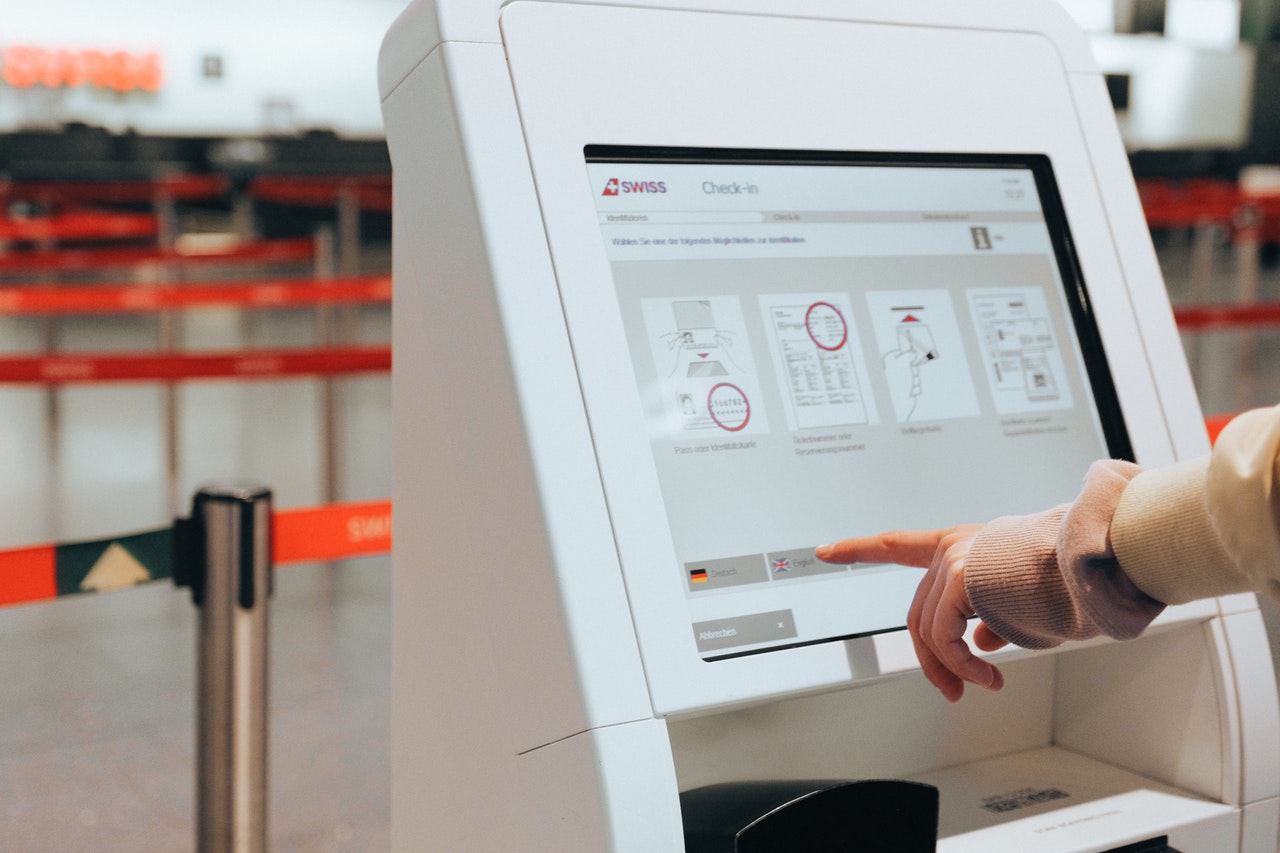 Of course, since this is an airport, visitors are going to need easy access to flight and baggage information. Obviously, this includes flight schedules and flight statuses at the entrance and in high-traffic areas throughout the airport.

But on top of that, it also includes displays highlighting key baggage information. Things like the estimated time of arrival for baggage to arrive at the carousel and which carousel is for which flight.

Employee-facing screens can also be used to improve operations and transmit valuable information to employees. Some examples of this include:

Airports that utilize digital signage as a means of internal communications can expect employees that are more engaged, more collaborative, and more informed on the job.

Like every other crowded place, airports always need to have a rock-solid plan for what to do if something goes terribly wrong, like an active shooter or natural disaster. Emergency messaging—powered by digital signage—should be an integral part of this plan.

That’s because in emergency situations, few things could be better than having a network of screens to deploy vital information to at the drop of a hat. Information that could tell people exactly what to do in order to stay safe and protected.

Since people arrive so early for their flights these days in order to make it through security and check their bags, they’re usually left with a lot of downtime by the time they make it to their flight’s gate. The last thing you want them doing is twiddling their thumbs in boredom waiting for their flight to depart.

Airport displays can be used in waiting areas to stream interesting videos or live news to those waiting, giving them a much-needed distraction from their wait time. This small solution goes a long way in improving the entire airport experience.

If there is one thing we know about screens, it’s that they are irresistible to people’s eyes. In a crowded place like an airport, eye-catching screens become super valuable real estate for advertising.

Airports can sell this ad space on their digital displays to companies big and small and gain an additional revenue stream.

Getting started with airport digital signage

Want to improve or expand your existing airport digital signage? Contact our digital signage experts today to find out how the TelemetryTV app can help.